Local artist sets off for the United Kingdom

Thobeka “TK” Bhengu (29) is a human rights activist, performer, choreographer and an artistic director of the Rainbow Theatre Company, a project of the Gay & Lesbian Network based in Scottville.  After her first collaboration with an internationally renowned artist and visual activist Zanele Muholi, a saxophonist Sebenzile Langa and a spoken word artist Andiswa Dlamini in Ohio, USA in October last year, local artist Thobeka Bhengu will be performing her experimental  work titled  ‘(Un)African’ in London, United Kingdom  at the Autograph Gallery at Rivington Place. She was invited by Zanele Muholi to create and perform at Muholi’s solo exhibition entitled ‘Zanele Muholi: Somnyama Ngonyama’ that will be showing between the 13thJuly -28th October 2017. Bhengu will be departing on the 8th of July and she will be returning on the 16th of July.

Her new solo work is an exploration of culture, tradition and religion. Where she explores from her personal view how certain beliefs are used by a majority of African countries to reinforce homophobia. An idea that they have spent the past two months exploring with the Rainbow Theatre Company in an upcoming production entitled Safe Spaces. She is hoping to continue experimenting with the work for a while after her trip and believes there is room for the work to evolve after its debut in London.

Her hopes for the trip are to explore the culture, visit historic sites, and see some performances and also get a chance to network with other artists and potential funders. Bhengu hasn’t planned any tourist activities since she feels she’ll learn more by talking to locals than booking an official tour of the city. Local artists continue to wave our flag high and we wish her all the best in her future endeavors. 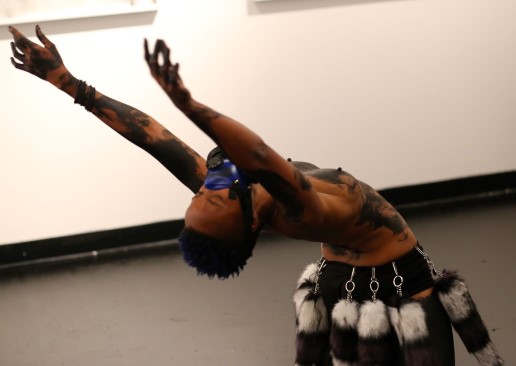